The Daily Mail Travel Writing Competition on the Deep South

At the end of last year a talented writer named Julia Hammond battled her way to win the Daily Mail Travel Writing Competition and the prize of a press trip to the Deep South of America, with the write-up of her trip featured in the Daily Mail in January. You can read her story here… 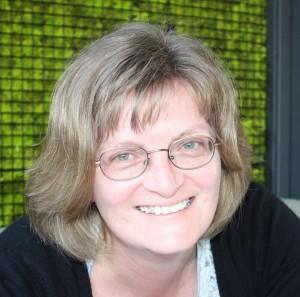 It wasn't the America I thought I knew…

It wasn't the America of insincere greetings like "Have a nice day, now," for this was the Deep South. When people ask "How y'all doin' today?" it's genuine, becoming the introduction to a conversation that lasts beyond pleasantries. it doesn't do to be in a rush. A friendly hello to a man down by Nashville's waterfront led to an impromptu tour outlining the city's early history, with takes of pioneers struggling with frozen rivers and Indian attacks.

It wasn't the America of burgers and fries either. Here, menus needed translating. Grits weren't gritty, they were deliciously cheesy. Duck was never going to be on the menu at the Peabody Hotel in Memphis, where the birds walk the red carpet every evening, but who'd want to miss the sticky ribs on Beale Street anyway? In Nashville, gophers weren't furry, they were chock full of caramel and bark was made of chocolate. As for Chattanooga's Moon Pies, let's just say they aren't of this world and leave it at that! In New Orleans, I understood what the famous Cafe do Monde beignets were (like I wouldn't recognise a doughnut?) but there, the fun was in making friends laugh right as the icing sugar got close enough to their nose to make them sneeze!

It was an America with its own soundtrack. From the lazy jazz of New Orleans to the Honky Tonks in Nashville, this region had something for all tastes. In Memphis, I effortlessly switched from Blue Man Group to Blues and no one seemed to mind. "Walking in Memphis" stuck in my head until Glen Miller's insanely catchy lyrics forced it out in Chattanooga. It got to the point where not only did I not know what to sing, I didn't know what decade I was in, spending the morning in atmospheric 1950s Sun Studios and the afternoon in 1970s Graceland. Elvis' mansion wasn't as large as everyone thinks, but it was a whole lot grander that the tiny house in Tupelo, Mississippi where I'd say on the great man's porch swing a couple of days earlier.

It was an America with a fascinating past, its antebellum mansions standing proud and haughty, It was up front about its struggle for civil liberties, from the plaques in Montgomery, Alabama commemorating the actions of Rosa Parks to Memphis' Lorraine Hotel where the inspirational Martin Luther King lost his life, but not his inflluence. In New Orleans, I learnt about Katrina; the hurricane and its resultant storm surge had raised as many questions as it had answered, but the city was a fighter and I loved its spirit.

It wasn't an America I'd ever thought about visiting. Sure, I'd heard a bit about it, just never enough to encourage me to go. But the Deep South was one of those places that creeps up on you. I wasn't there long, but it got under my skin. And I for one can't wait to go back…