Carrie Underwood: The Blown Away Tour Exhibition is opening 5th June at the Country Music Hall of Fame® and Museum in Nashville, Tennessee 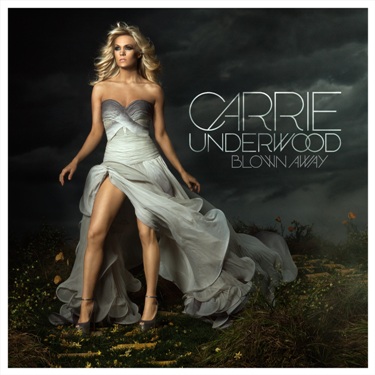 The Country Music Hall of Fame® and Museum will explore superstar Carrie Underwood's critically acclaimed world tour with the exhibition Carrie Underwood: The Blown Away Tour, which opens 5th June 2013 and runs through until 10th November.


The exhibition will include costumes, instruments, microphones, set pieces and more from the six-time Grammy winner's 2012/2013 Blown Away Tour, which relaunched on February 13th and run's through to May 23rd. With Carrie making a trip to London's O2 on 17th March to headline Country to Country.

"Carrie Underwood's dynamic Blown Away Tour, starring her peerless powerhouse vocals and featuring an amazing special effects including a tornado, has been entertaining music fans around the globe" said Museum Director Kyle Young. "It's easy to see why she was Pollstar's 2012 top female country touring artist. Touring has always been a key element connecting music artists with their fans, those interactions help forge and strengthen the artist-fan relationship, and this exhibit speaks for that. We are delighted to be able to show visitors to the Country Music Hall of Fame® and Museum key elements from Carrie's show, whether re-living their favourite memories or experiencing it for the first time, fans will enjoy this 'up close and personal' look at a world-class, superstar level music tour."

Since releasing her debut, Some Hearts, in 2005, Carrie Underwood has sold more than 15 million albums with Some Hearts, 2007's Carnival Ride, 2009's Play On and 2012's Blown Away, making her the best-selling American Idol in the US. She's accumulated 16 no.1 singles, seven of which she co-wrote and she became the first country artist in history and the only American Idol winner to achieve 10 no.1 singles from her first two albums. In addition to being a six-time Grammy Award winner, Carrie is a two-time Academy of Country Music Entertainer of the Year, a three-time Country Music Association and ACM Female Vocalist winner and a proud member of the Grand Ole Opry.

If you can't travel to Tennessee don't miss the opportunity to see and hear the sound of Nashville at London's O2 marking a major milestone in the UK's love of country music at this country music festival – Country to Country.