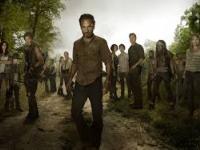 Georgia is known for being the film location for AMC’s popular TV series, The Walking Dead, and it is no surprise considering all of the good brains they have in their state – look out Georgia universities! The Walking Dead has just been renewed for a fifth season by AMC, a couple of weeks after season 4 began on FOX UK.

But if you are in search of other ghostly apparitions, check Georgia Pinterest board daily during Halloween week for more supernatural tales.