ITV, Friday 8th November 9:00pm–10.30pm – This 90-minute special tells the story behind the 20 greatest songs ever recorded by Elvis Presley, the King of Rock'n'Roll and reveals The Nation's Favourite Elvis Song, plus read the blog for information on the album release, Elvis Karaoke Roadshow and your chance to win a trip to Graceland in Memphis… 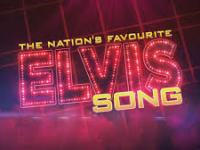 Elvis Presley changed the music world forever and was one of the most significant cultural icons of the 20th century. He holds the record for Most Hit Singles on the US Chart and Most Hit Albums on the UK Chart and his legacy continues to influence generations young and old.

Mixing archive footage and home videos with interviews, the documentary paints a picture of the man behind the music and tells the story of how these timeless songs came about and what impact they had on the world. The show also features different generations of international pop starts and musicians influenced by Elvis and include Michael Buble, Sir Cliff Richard, Suzi Quatro, Michael Ball, Engelbert Humperdink and Cerys Matthews.

Priscilla Presley, Elvis' ex-wife and mother to their daughter Lisa-Marie, is also featured exclusively in the documentary and gives a rare interview about the King and his music.

"When Elvis sang a song that he loved, he'd get lost" says Priscilla, "He'd forget that people were around. You're witnessing a moment, you almost feel like you're invading his privacy".

You will also hear from those who worked with Elvis, from songwriters to backing singers and session musicians.

OUT TODAY – The Nation's Favourite Elvis Songs has been released on CD today, or also available on iTunes. Order your copy then tune in on Friday to see which of the 20 classics is crowned the Nation's Favourite. If this reaches No.1 it will be Elvis' 50th number one album in the UK!

KARAOKE ROADSHOW – Elvis fans will also get the opportunity to belt out their favourite songs by The King with a one-off special Karaoke Roadshow tour in celebration of new release The Nation’s Favourite Elvis Songs. The first of its kind, the roadshow kicks off this Wednesday as fans can perform at four locations. Start preparing now by warming your lungs up to hits such as Suspicious Minds, Hound Dog and Jailhouse Rock.

You can catch the roadshow at:

COMPETITION TIME – Always dreamed of going to Memphis and visiting Graceland? Maybe you could! To enter the prize draw all you have to do is post a video on the facebook page of the Nation's Favourite Elvis Song, letting them know what your favourite Elvis song is and why?

Elvis was born in Tupelo, Mississippi in 1935 and started his career in music a few years later after his family moved to Memphis, Tennessee. There he scored his first hit single, That's All Right, for the legendary Sam Phillips at Sun Studios. If you would like an information pack on Mississppi, including Elvis' birthplace in Tupelo, and Memphis email us with your address and we will send out to you.

Phew! What a lot of Elvis News here in the UK… but if we've missed anything let us know!