The best of Sundance in London. Over 50 film and music events. 3 days. Under 1 roof. Be part of the action and catch international premiere of new film Memphis. 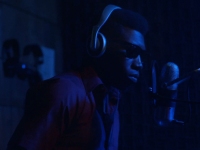 Memphis tells the story as a strange singer drifts through the mythic city of Memphis, surrounded by beautiful women, legendary musicians, a stone-cold hustler, a righteous preacher, and a wolf pack of kids. Under a canopy of ancient oak trees and burning spirituality, his doomed journey breaks from conformity and reaches out for glory.

As well as the international premiere of Memphis you can also be one of the first to see hotly anticipated off-beat comedy ‘Frank’ starring Maggie Gyllenhaal and Michael Fassbender, Ryan Reynolds and Gemma Arterton in ‘The Voices’, Michael Winterbottom, Steve Coogan and Rob Brydon’s ‘The Trip to Italy’ and the 2013 Sundance Film Festival Grand Jury: Dramatic and Audience Award winning ‘Fruitvale Station.’

Plus lively panel discussion, live music and more! You can get your tickets and read more information at www.sundance-london.com