Take Me To The River (in London!) 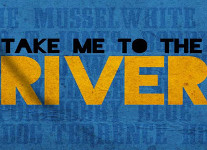 The new award-winning documentary film, Take Me To The River, aptly named for one of Memphis' most famous songs, is heading to London for its UK debut at the Raindance Film Festival this month.

In addition to two screenings of the made-in-Memphis masterpiece, a cadre of Memphis' most legendary musicians and singers who appear in the film will perform two live concerts that are sure to be once-in-a-lifetime experiences for UK fans of Memphis music.

Take Me To The River celebrates the inter-generational and inter-racial musical influence of Memphis in the face of pervasive discrimination and segregation. The film brings multiple generations of award-winning Memphis and Mississippi Delta musicians together, following them through the creative process of recording a historic new album, to re-imagine the utopia of racial, gender and generational collaboration of Memphis in its heyday. The film features Terence Howard, William Bell, the Hi Rhythm Section, Snoop Dog, Mavis Staples, Otis Clay, James Alexander and Larry Dodson of The Bar-Kays, Bobby 'Blue' Bland, Yo Gotti, Bobby Rush, Ben Cauley, Frayser Boy, The North Mississippi All-Stars and more.

Performers in live concerts by the Take Me To The River All Stars include William Bell, Bobby Rush, Otis Clay, the Hi Rhythm Section with Ben Cauley and others with The Bromfield Trio (Stax Music Academy graduates) opening the concerts.. Email tennessee@deep-south-usa.com if you need any further information.

The schedule is as follows:

What: Take Me to the River All Stars Live Concert

What: Take Me to the River UK premier film screening

What: Take Me to the River All Stars Live Concert

What: Take Me to the River UK premier film second screening

We are giving you the chance to win two tickets to the Sunday screening and concert.

Official Trailer for Take Me to the River: https://www.dropbox.com

Pictures from the film: https://www.hightail.com/download

The Stax Music Academy (a program of the Soulsville Foundation in Memphis which serves underserved students and operates the Stax Museum of American Soul Music and The Soulsville Charter School). The Stax Museum of American Soul Music, The Blues Foundation's Hart Fund (which provides musicians in need with acute, chronic, and preventive medical and dental care as well as funeral expenses), and Memphis Church Health Center (to help aging musicians with medical, dental, and emergency services).