New movie 'Selma' produced by Brad Pitt and Oprah Winfrey puts Alabama in the spotlight in February 2015 ahead of the Civil Rights anniversary. 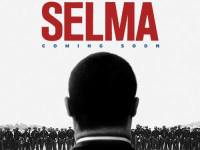 Filmed in Alabama and Georgia, 'Selma' is nominated for four Golden Globes and tells the true story of the pivotal event in Dr. Martin Luther King Jr's Civil Rights struggle - the march from Montgomery to Selma to secure voting rights for African Americans. The film stars David Oyelowo (12 Years A Slave) as Martin Luther King and the 2015 release of the movie celebrates the 50th anniversary of the passing of the Voting Rights Act which will take place in Selma, Alabama March 2015. The movie is expected to increase awareness of the Civil Rights landmarks and museums throughout Alabama which are inlcuded in The Alabama Civil Rights Trail brochure and mobile app. See www.alabama.travel for more information.

Alabama Tourism have partnered with UK Tour Operator, and our Tour Operator of the Month, Bon Voyage to host tour operators and media at the premiere on 27th January in London. A 30-second ad linking the film with destinations in Alabama will be shown on London screens for four weeks. Selma is released in the UK on 6th February.

Director Lee Sentell said "Our campaign will stress how Alabama has changed in the half century since the events depicted in the movie".