Reginald D. Hunter's Songs of the South on BBC Two

Starting tomorrow on BBC Two, Reginald D. Hunter travels through the Southern States on a journey of rediscovery through its rich musical heritage. 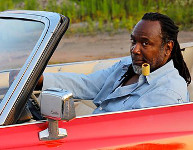 In 1997 comedian Reginald D. Hunter swapped Georgia for London, in this three-part music documentary series Reg returns to his homeland to explore its rich musical heritage and sample the new South, a world he left beind with mixed feelings. Reg's adventure is tempered by original and thought provoking rumination of the southern issues of race, pride and identity. A beautiful, original and hot evocation of the cradle of American music. Click here to watch clips from the upcoming series.

In the first of a three-part road trip, Georgia-born but London-based Reginald D Hunter returns home to explore the American south both past and present through its world-famous songs. Reg begins by exploring the sounds of Kentucky and Tennessee and the disturbing tradition of blackface minstrelsy.

Hunter is led through the south by its signature songs, including Dolly Parton's My Tennessee Mountain Home, Knoxville Girl, Blue Moon of Kentucky, Chattanooga Choo Choo and minstrel songs such as My Ol' Kentucky Home and Old Folks at Home.

On his voyage Reg visits Dollywood, a slave plantation in Bardstown, Nashville - the home of country music, a moonshine distillery in Gatlinburg and a string band festival in Mount Airy.

In the second of a three-part road trip, Georgia-born but London-based Reginald D Hunter heads home to explore the interplay between gospel, soul and hip hop. Passing through Alabama, Reg witnesses a Lynryrd Skynyrd gig and discovers the soul riches of the town of Muscle Shoals.

Arriving in Georgia, Reg visits the Athens of the B52s and REM, as well as Martin Luther King's and Ludacris's Atlanta.

In the final film, Reg’s journey evokes a classic Huck Finn Mississippi adventure from Memphis to New Orleans. In Memphis Reg meets soul icons Steve Cropper and Eddie Floyd at Stax Records before heading back in time to the juke joints. Reg’s final port of call is post-Katrina New Orleans where he is given a spectacular musical send-off by the city’s royalty including Dr John, Irma Thomas, Allen Toussaint and the Soul Rebels. 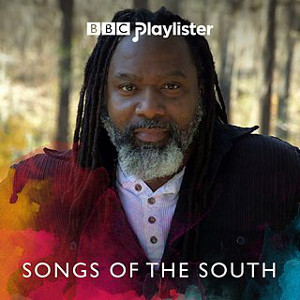 Click here to explore the rich musical heritage and sample the new South with the music from Reginald D Hunter's Songs of the South on BBCs Playlister.