Indie-rock band The Black Cadillas were stuck on the last song on their new EP, so with deadlines fast approaching they took a little trip to Memphis, Tennessee to get inspired. See their journey here... 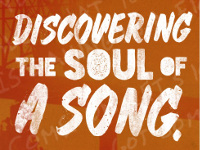 Originally from Knoxville, Tennessee, The Black Cadillacs are an up-and-coming force in the music world. As they were wrapping up their self-titled EP, they were looking for inspiration on the final track. Holding their ear to the cultural melody of Memphis, they found exactly what they were searching for.

Warning: After watching this video YOU WILL want to visit Memphis!