Johnny Depp’s production company Infinitum Nihil is teaming up with Richard Branson’s Virgin Produced and City Entertainment to develop a series based on the music documentary Muscle Shoals. 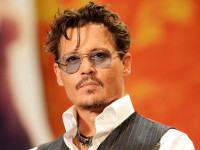 The Grammy-nominated documentary celebrates Rick Hall, the founder of Fame Studios in Muscle Shoals, Alabama, and the signature sound he developed in songs such as “I’ll Take You There,” “Brown Sugar,” and “When a Man Loves a Woman.” The TV drama will go behind the music to tell the stories of Muscle Shoals that birthed the iconic “Muscle Shoals Sound” by exploring the rich and vast milieu of the segregated South through colourful characters, cultural and political history and Southern gothic settings.

The series will feature the original documentary’s director and producer Greg Camalier, who will produce the television adaptation with Depp and Christi Dembrowski of Infinitum Nihil; Virgin Produced’s Branson, Jason Felts and Justin Berfield; and City Entertainment’s Joshua D. Maurer and Alixandre Witlin.

“Greg’s film unearthed the poetic mysticism and inspired us to produce a series that utilises music and narrative in a unique and ground-breaking way,” Felts said. “This provocative story about the rich region and pioneering artists that birthed the iconic ‘Muscle Shoals Sound’ fits in with Virgin’s music roots and provides an ideal opportunity to partner with Depp, Infinitum and City Entertainment.”

Dembrowski said: “‘Muscle Shoals’ is an extraordinary story in which, through adversity, some of the world’s most amazing music was created.  It is perfectly suited for Infinitum as it combines Johnny’s love of music and its history with our company’s creative mission to tell these stories.”

Muscle Shoals, released by Magnolia Pictures in 2013, premiered at the 2013 Sundance Film Festival and received critical praise at film festivals including SXSW and Hot Docs. To find out more about the documentary or to order a copy click here.