The historic Muscle Shoals Sound Studio will undergo a complete renovation, which started beginning of September. 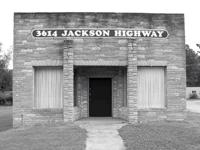 The Studio will be closed during renovation and is expected to reopen early 2016 for tours and will again become a working studio.

Rodney Hall, president of FAME Recording Studios, credited the international success of the documentary movie "Muscle Shoals" for the Beats grant. Hall, a member of the music foundation board, spearheaded the purchase of Muscle Shoals Sound Studios from a private owner. His father, FAME founder Rick Hall, was featured in the movie.

"We are thrilled that this important piece of music history can be permanently restored and made available to the public," Rodney Hall said in a press release. "The foundation was able to purchase the building through the generosity of private investors like Gene Hamby, who understand the importance of preserving the legacy of Muscle Shoals music."

"Everyone who love Muscle Shoals music owes an enormous debt to filmmakers Stephen Badger and Freddie Camalier for their documentary 'Muscle Shoals,'" Sentell said. "The financial support from Beats is a direct result of their film."

Johnny Depp is also developing a series based on the music documentary Muscle Shoals, you can read more here.