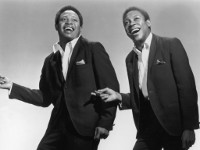 With an inductee line-up that includes blues legends, rock ‘n’ roll innovators, soul and country icons and one of the most successful recording artists today, there’s no telling what surprises are in store for the Memphis Music Hall of Fame induction ceremony this weekend at The Cannon Center for the Performing Arts in downtown Memphis.

The evening’s festivities, as usual, will center around top-notch musical performances and tributes, with honorees Justin Timberlake, Sam Moore and Scotty Moore all scheduled to appear. The induction ceremony will be produced again by Royal Studios’ Boo Mitchell and he’ll bring back the inimitable Hi Rhythm Section to serve as house band for the evening. Plus the annual Memphis Music Hall of Fame ceremony got even more star-studded as event organisers added Rolling Stones guitarist Keith Richards, who will be on hand to induct Elvis Presley sideman and rockabilly guitar great Scotty Moore.