15 New Tennessee Attractions that you NEED to know about!

Tennessee is always growing....attractions become bigger, more restaurants open and new hotels are waiting to be experienced. You can start planning your visit to make memories at these new Made in Tennessee additions: 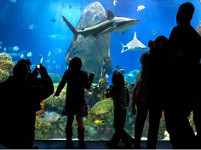 Discover Tennessee Aquarium in Chattanooga which is now home to the only IMAX with laser system in the Southeast. The $12-million theatre upgrade includes a new six-story screen and 12-channel audio system with speakers in the ceiling. The Alligator Bayou, which is opening in March 2016, houses more than 12 American Alligators in front of a Cajun shack. The Backstage Pass gives access to the alligator pool and a new treetop observation deck with a unique perspective of this wetland habitat.

Also in Chattanooga is the newly renovated Chattanooga Choo Choo. Lobby renovations, the opening of Revelry Room, a new 500-person music venue, sleeper traincar rooms and guest room upgrades plus the new restaurant STIR that offers an oyster bar and artisan drinks are just some of the new additions in this $20-million renovation.

In Chattanooga’s Southside District, you can eat and drink at Southside Social Bowling Alley and Bar. You need to experience this 30,000 square foot boutique bowling alley complete with 10 lanes of bowling, three bars, a lounge, indoor gaming area with pool tables, skee ball, darts and ping pong, plus an outdoor courtyard with fire pits, bocce ball court, horse shoes and corn hole.....great fun for everyone! 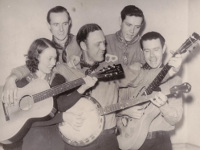 North of Chattanooga is Knoxville, where you can enjoy the Knoxville Stomp.The signature event for the city’s 225th anniversary will take place 5th-8th May 2016. It’s a four-day festival celebrating the re-mastering and release of a newly recovered collection of recordings made at Knoxville, Tennessee’s St. James Hotel in 1929 and 1930 known as the St. James Sessions. Dom Flemons headlines the event which also includes a record show, panel discussions, live music and a museum exhibition. 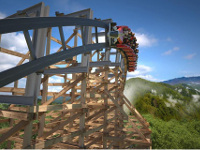 If you head across to the Great Smoky Mountains National Park you will find Pigeon Forge, home to Dollywood, where you can experience the ride of your life on Lightning Rod. The world’s fastest wooden roller coaster and the world’s first launching wooden roller coaster opens 18th March 2016. The thrilling $22-million ride is the largest attraction investment in the park’s history. Themed after a 1950s-era hot rod, Lightning Rod launches riders from zero to 45 mph to a point 20 stories high...with a 165-foot drop, it propels guests along its 3,800-foot-long track to a top speed of 73 mph. Phew!

Still in Pigeon Forge is the Ripken Experience. The $22.5-million project opens 9th March and includes a six-stadium youth baseball complex. Each field pulled design elements from professional ballparks like the Oriole Park at Camden Yards in Baltimore.

If you fancy burning off some of the Southern calories you might fancy RetroRunning.This running event is exclusively for people aged 40 and older 29th-31st April 2016 at The LeConte Center at Pigeon Forge. The 5-mile race encourages everyone who participates to set their own personal best. The weekend will include programs from Jeff Galloway, the nation’s leading running coach and columnist for Runner’s World, and Rudy Maxa, travel journalist and the voice of National Geographic Traveller’s “Walks of a Lifetime” podcast. 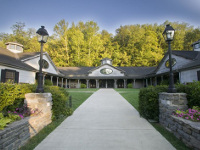 You can say 'Cheers!' at Jack Daniels Distillery 150th Anniversary in Lynchbury. America’s oldest registered distiller and the best-selling whiskey in the world is one of Tennessee’s most iconic destinations. The anniversary is celebrated throughout the year and around the world. Stop in for a tour, a taste and learn the history of this world-class attraction.

Staying in Middle Tennessee you can visit Hawthorne Hill State Historic Site. The Federal-style, circa-1805 home was the birthplace of early Grand Ole Opry pioneer Dr. Humphrey Bate. It’s an example of antebellum rural farmhouses which had simple decorations and a four-light transom over the main entrance. It is under renovation at the moment but will have its grand opening Spring 2016.

Stay at Commodore Hotel’s Miss Berdie’s Boarding House Rooms in Linden. The 1930s boarding house has been restored and is now a two-story establishment with oversized rooms, hardwood floors and washrooms. Modern appliances are merged with antique pieces for a delightful and historical Tennessee stay.

If you're heading to Nashville visit the Frist Center for Visual Arts as they celebrate their 15th anniversary. This Nashville staple will provide visitors with internationally-acclaimed art during their celebrations. Step inside for a look at “Treasures from the House of Alba: 500 Years of Art and Collecting” through to 1st May 2016 that has priceless artwork dating back to the 1500s and a map and other documents by Christopher Columbus.

You can also visit Nashville Zoo to see all the new additions. From the Entry Village with a new gift shop, restrooms and ticket facilities, to the new exhibits that will hold Andean Bears, Spider Monkeys and White Rhinos. Take a ride along the sky high adventure, the Soaring Eagle zip line, that lifts riders 60 feet high for a bird’s eye view of the zoo’s African Savannah, Historic Home, Festival Field and Gibbon Islands.

And if you want to stay in Nashville there's the new Hotel 404. The five-room boutique hotel and restaurant created from a former mechanics garage is designed to offer travellers an alternative to large or mid-size hotels. The idea is to let guests feel less like tourists and more immersed in the city. Each room has king beds including a loft living area connected by a winding staircase.

An hour from Nashville is Woodbury where you can eat at Stillhouse Restaurant.This farm-to-table experience is a branch of Short Mountain Moonshine Distillery’s tastings and tours. The sweeping views are romantic and the food is unmatched as the menus change with the seasons to offer quality Southern dishes that can be paired with cocktails or moonshine. 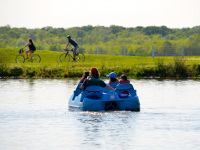 Finally we're in West Tennessee and Memphis, where you'll find Shelby Farms - one of the largest urban parks in America. The park is undergoing renovations throughout 2016 with Patriot Lake doubling in size, a new restaurant called The Kitchen opening and offering lake-side dining plus a new outdoor stage for live music will be built.

If you need any further information on these attractions, or would like Tennessee Travel Guide and Map email tennessee@deep-south-usa.com.

Jennie 51 years 5 months
Hi Kelly,
If you email info@deep-south-usa.com with your address we can send you travel guides that list the hotels. Are you interested in all 5 states?