The $20-million GRAMMY Museum Mississippi opened its doors to the public on 5th March with a Beatles exhibition. 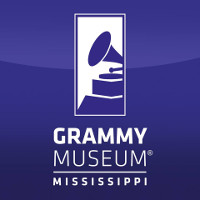 The first and only GRAMMY Museum outside Los Angeles has opened in Cleveland, Mississippi. Owned and operated by the Cleveland Music Foundation and curated by Los Angeles' 7-year-old Grammy Museum, the 28,000-square-foot space opened 5th March with a travelling exhibit, Ladies & Gentlemen...The Beatles!, plus 10 permanent collections. Housed on the Delta State University campus, the museum serves as an educational attraction as well as a tourist destination and is known for such native sons and daughters as Howlin' Wolf, Elvis Presley, Faith Hill and Ike Turner. With the Delta Blues Museum, the B.B. King Museum and other blues-devoted attractions nearby, Grammy Museum executive director Robert Santelli emphasises that "Mississippi is well stocked"; it doesn't need a new house of blues. Instead the role of the museum, built for about $20- million, is to "contemporise the state's relationship with popular music today. There has never been a museum like this in the South."

Anticipated to be one of the most technologically advanced music-themed museums, the new facility will explore Mississippi's deep musical roots and impact on modern music, as well as celebrate a broad range of musical styles recognised by the GRAMMY Awards such as pop, rock, jazz, hip-hop, classical and gospel. On display are instruments, stage costumes and videos. Mono To Surround allows visitors to hear the evolution of sound through a custom listening experience while History Of Dance features a touch-sensitive, multi-coloured dance floor and dance tutorial video. Exhibits such as Mississippi Music Legends, Mississippi Music Bar and Mississippi Music Trail And Timeline will explore the state's musical history and unique culture. Other exhibits will explore subjects such as song writing, producing and the history of the guitar.

Ladies and Gentlemen…The Beatles! brings us back to the early ‘60s when rock & roll was re-energised, some say saved, by four lads from Liverpool.  The exhibit covers the period from early 1964 through mid-1966; the years Beatlemania ran rampant in America.  During this time the band affected nearly every aspect of pop culture, including fashion, art, advertising, media and, of course, music.  On display are many Beatles-related pop culture artefacts from the period, as well as correspondence, instruments, posters, photographs, interviews, interactive displays and an oral history booth in which visitors can leave their own impressions of The Beatles. Screenings and a series of talks reveal the continuing impact of the Beatles. Curated by the GRAMMY Museum at L.A. LIVE and Fab Four Exhibits, Ladies and Gentlemen…The Beatles! provides fresh new insight into how and why The Beatles impacted America in the 1960s and beyond.

For further information on the new museum visit: www.grammymuseumms.org