Alabama singer, guitar player and songwriter Debbie Bond will soon be on tour in the UK & Ireland

Debbie Bond is a singer, guitar player and songwriter who's has been paying her dues in the Alabama backwoods for over 30 years. Her singing has been compared to Bonnie Raitt and Maria Muldaur, both of whom she cites as being influences on her music. 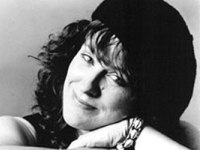 Debbie plays a dynamic mix of soulful originals and covers. Her impressive musical story includes years of performing with older traditional Alabama blues musicians, including Johnny Shines, Eddie Kirkland and Willie King. Her immersion in the blues has deeply flavoured her guitar playing, soulful voice and original song writing, yet her sound is contemporary and original, influenced by soul, blues, rock, jazz and Americana. This unique musical synthesis can be heard on her latest album, 2016's Enjoy The Ride and at any of her shows around the UK & Ireland. Debbie's 30 date tour starts 19th June in Chicester and finishes 28th August in Pembrokeshire plus she is performing at the Maverick Festival in July. For a full list of all tour dates click here.

She is the co-founder and was for many years executive director of the award-winning Alabama Blues Project, an educational non-profit project devoted to preserving and promoting Alabama's rich blues heritage.

For further information on any Alabama music email alabama@deep-south-usa.com.