I Am Ali Festival coming to Louisville

Coming in June “I Am Ali” festival celebrating legacy of “The Greatest” to debut in Muhammad Ali’s hometown Louisville, Kentucky in 2017. 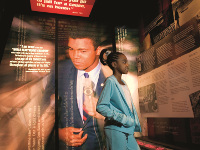 The previously announced festival celebrating the legacy of native son and global humanitarian Muhammad Ali in his hometown of Louisville has expanded from an original 10 days to six weeks due to community interest in the event. The “I Am Ali” festival will open on the one-year anniversary of Ali’s death on 3rd June and will mirror Ali’s “Six Core Principals” with six weeks of programming that will start on 15th July.

The celebration of Ali’s legacy will include local arts and cultural groups, performances and exhibits, along with two premier girls’ basketball tournament events that will bring 10,000 young female athletes to Louisville. The inspiration for the event was the quickly-arranged “I Am Ali” celebration that was held at the Kentucky Center in June 2016 during the week of Ali’s death and memorial which attracted 15,000 young people.

“The 2017 festival will build upon that success and become an annual event for Louisville as we show the world and young people how to be like Ali,” Mayor Greg Fischer said.

In correlation with two premier girls’ basketball tournament events — the Run 4 Roses Basketball Classic and Battle in the Boro – both taking place at the Kentucky Exposition Center, the “I Am Ali” Festival will offer a conglomerate of programming, films, events, entertainment and other activities around the city that connect with and reinforce Muhammad Ali’s legendary legacy as a global citizen, athlete and humanitarian.

Many of the events will take place at the Muhammad Ali Center, the $80-million museum and international cultural center located in Ali’s hometown that has honored his life and legacy for more than a decade. The Kentucky Exposition Center will also play host to festivities. Several local attractions and organisations have events and exhibits planned in honour of the festival, including the Muhammad Ali Childhood Home, Kentucky Center for African American Heritage, Louisville Quest, Looking for Lilith Theatre Co., Copper & Kings, Louisville Bats and Louisville Bicycle Tours. As more programming is announced, it will be added to curated web content at www.gotolouisville.com/ali.

Ali, originally known as Cassius Clay, was born in Louisville on 17th January 1942.  It was here he honed his ability as a boxer, and it was here he returned to after winning an Olympic Gold Medal in the 1960 Rome Olympics. He returned often after capturing the title of Heavyweight Champion of the World and was actively involved with the vision and direction of the Muhammad Ali Center.

Having lived most of his young life in Louisville, the city is full of “landmarks” that are the backdrops of the events and experiences that molded Ali into the man who was both loved and respected throughout the world as a legendary sports figure and humanitarian, as well as a man of true principles. A self-guided tour brochure helps fans trace some of Ali’s “Footsteps of Greatness.” A local tour company also offers visitors an opportunity to experience many of the stops that have historic relevance to Ali’s life.

Said Karen Williams, President and CEO of the Louisville Convention & Visitors Bureau, “People are still coming to Louisville from around the globe to pay their respects and celebrate the legacy of “The Greatest”.  This event will offer a perfect time to visit Louisville for an expanded Ali experience from many participating attractions.”

Make a visit to Louisville for the “I Am Ali” Festival as part of a special summer getaway in Louisville. In addition to the festival, take the self-guided Muhammad Ali Footsteps of Greatness Tour, which highlights local landmarks that celebrate “The Greatest,” including the Muhammad Ali Center, the Muhammad Ali Childhood Home, Columbia Auditorium and Cave Hill Cemetery. 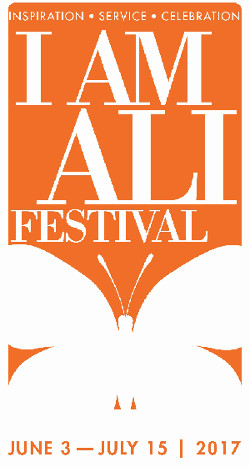