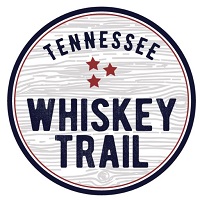 Tennessee has always had a rich heritage in making whiskey across the state. Before the Prohibition era that started in 1910 for Tennessee, there were upward of 300 registered distilleries across the state. However, only two distilleries reopened their doors in the century after Prohibition was lifted – Jack Daniel and George Dickel. It wasn't until 2009, when laws were changed that allowed new craft distilleries to begin rebuilding the great whiskey heritage.

Now it's eight years later the Tennessee Distillers Guild has formed to help unite distilleries across the state and is proud to announce the official launch of the Tennessee Whiskey Trail, formed in June 2017 with 30 registered distilleries.

“The Tennessee Whiskey Trail is a joint effort by all of our Guild members to feature Tennessee whiskey and moonshine, as well as the craftsmen and women that make them,” said Kris Tatum, president of the Tennessee Distillers Guild. “On the Trail, visitors can learn about the art of distilling and about the history and the culture of whiskey-making that is legendary in our state.”

The Tennessee Whiskey Trail consists of 25 distilleries ranging from boutique-sized distilleries to large internationally-recognised operations that span from East to West Tennessee. Along the Trail, visitors can get a taste of the history, tradition and novelty of Tennessee whiskey, as well as experience the rich landscapes, must-see landmarks and genuine Southern hospitality that embody the great state of Tennessee.

“This Trail puts an international spotlight on Tennessee and its whiskey culture,” said Tatum. “We hope to see people come from all over the world just to get a taste of this once-in-alifetime Tennessee whiskey experience.”

The Trail’s official launch will be feted by three statewide celebrations in East, Middle and West Tennessee throughout the course of its inaugural year. The first celebration took place at the Little Brick Theatre at the Factory in Franklin on 19th June 2017. The second celebration will coincide with the Tennessee Distillers Guild’s annual Grains and Grits Festival in Townsend, TN on 3rd-4th November and the third and final celebration will take place in Memphis in May 2018.

Plan your trip and see why Adventures Run on Tennessee Whiskey.

About the Tennessee Whiskey Trail: