The CMA Songwriters Series, which was established in 2005, presents the very best of Country Music’s songwriters and artists, whose hits are known worldwide and they are about to tour the UK and Europe. 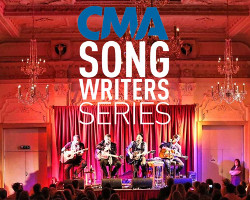 The shows are intimate presentations where songwriters exhibit their craft and share many of the stories behind the songs they have penned.