Seven places of historical significance to visit in Louisiana

Louisiana’s history has been influenced by many nationalities in its evolution and as New Orleans celebrates its 300th anniversary this year, we look at other locations of historical significance that visitors can tick off on a road trip around Louisiana. These historic sites and attractions around Louisiana offer visitors a glimpse into the past. 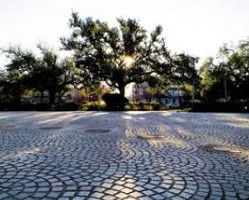 In colonial times, Congo Square was an open-air market where blacks—both enslaved and free—met on “free Sundays” to take part in traditional rituals, talk, trade and perform traditional songs and dance, helping lay the foundations for what would later become jazz.

Congo Square was the only place in America where Africans were allowed to play drums. So it was there that the sharing of rhythm and movement kept the African music and dance alive long enough for it to become the very rhythm of American culture.

Today, Congo Square is found inside Armstrong Park in Faubourg Tremé, adjacent to the French Quarter. Faubourg is a French term meaning suburb. Tremé is not only America's oldest black neighbourhood, it was also the site of significant economic, cultural, political, social, and legal events that have shaped Black America for the past two centuries.

Visit the site where America's favourite outlaw lovebirds were riddled with dozens of bullets by hidden lawmen. The ambush site has two interpretive markers on the shoulder of La. Hwy. 154 about eight miles south of Gibsland. It is here that a six-man law enforcement posse, made up of Texas and Louisiana lawmen, created a diversion to stop Bonnie and Clyde’s car and then opened fire on the vehicle.

Visitors can tour other locations related to the famous gangsters around Louisiana. 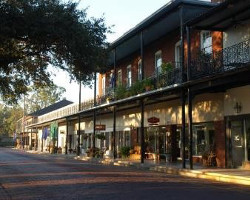 The oldest settlement in Louisiana: Historic town of Natchitoches

Natchitoches (Nack-a-Tish) is the oldest permanent settlement in Louisiana, predating New Orleans. Founded in 1714, many of the city’s oldest houses are private homes, open to the public only during certain times of the year. Still, the historic district’s Greek Revivals, Queen Anne Victorians, French Colonials, Creole cottages, and Italianate architecture are the city’s main draw and worth spending the better part of a day checking out.

With a walking tour map of the National Historic Landmark District from the Information Centre, the area is easily explored on foot.

Natchitoches is the home to famous meat pies, a fried pastry shell stuffed with seasoned ground meat, typically a blend of beef and pork. And Lasyone's Meat Pie Restaurant is the place to go for this area treat.

There are several plantations nearby, including the Cane River Creole National Historical Park at Oakland Plantation and Melrose Plantation. 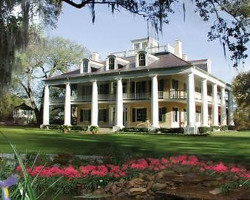 Houmas House Plantation and Gardens, between Baton Rouge and New Orleans, allows visitors to experience the life of a wealthy Sugar Baron in the 1800s. The first owners of the plantation were the indigenous Houmas who were given a land grant to occupy the fertile plain between the Mississippi and Lake Maurepas to the north. The Houmas sold the land to Maurice Conway and Alexander Latil in the mid-1700s.

The original French Provincial house that Latil erected on the property in is situated directly behind the Mansion, adjoined by a carriageway to the grand home described during its antebellum heyday as “The Sugar Palace.” The original home was later used as living quarters for the staff that served the great house. By the time of the Louisiana Purchase in 1803, the plantation was established and producing sugar.

On a tour of Houmas House Plantation and Gardens, each visitor is thought of as a houseguest. Visitors can wander the gardens and enjoy an afternoon refreshment at the on-site restaurant or Turtle Bar. Accommodation is also available. 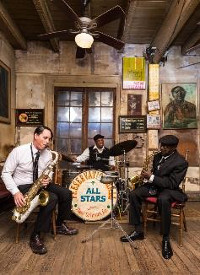 Situated in the heart of the French Quarter on St. Peter Street, Preservation Hall presents intimate, acoustic New Orleans Jazz concerts over 350 nights a year featuring ensembles from a current collective of 100+ local master practitioners. On any given night, audiences listen to the evolution of this venerable and living tradition.

Both veteran and younger musicians play at the hall continuing the effort to preserve and maintain the sounds of traditional jazz. Nightly music begins at 8pm and admission is $15 per person. 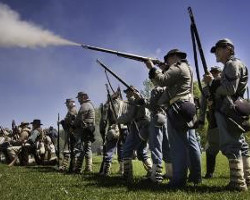 Port Hudson was the site of the longest siege in American history, lasting 48 days, when 7,500 Confederates resisted some 40,000 Union soldiers for almost two months during 1863. In 1974, the Port Hudson battlefield was designated a National Historic Landmark by the U.S. Department of the Interior, recognized for its importance in American History. 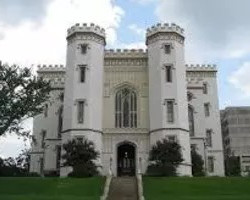 Louisiana's Old State Capitol in Baton Rouge is one of the state's most historic buildings and a National Historic Landmark.

A Gothic architectural treasure, the Capitol stands high on a bluff overlooking the Mississippi River. The 165-year-old statehouse has withstood war, fire, scandal, bitter debate, abandonment and an occasional fistfight.

2018 marks the tricentennial of the city of New Orleans. The 300th anniversary is being celebrated throughout the year with special events and exhibits, making it a great year for visitors to head to the Big Easy. The official website is 2018nola.com. For more information on Louisiana, please email louisiana@deep-south-usa.com.