The Stax Museum of American Soul Music turned 16-years-old yesterday and is helping celebrate its birthday and the 200th birthday of the epicenter of American music - Memphis, Tennessee - with “biSoultennial” a new contest to allow fans worldwide to vote on their favourite Memphis Soul Songs recorded between 1957 and 1975. 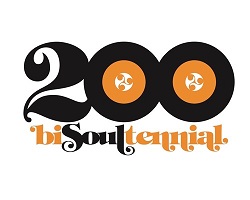 The Stax Museum of American Soul Music staff has compiled a Spotify playlist of 200 Memphis Soul Songs from that golden era of music and is releasing it today and invites guests, fans, social media followers and people from all around the world to vote for what they consider to be their Top Ten Soul Tunes.

BiSoultennial voting kicks off Wednesday, 15th May running until 30th June and you can vote as many times as you like, so start listening to the playlist now.

“These are the 200 songs we feel best represent “Memphis Soul,” said Jeff Kollath, executive director of the Stax Museum. “Our only rules were no more than five songs per artist and it had to be predominantly recorded in Memphis between 1957 and 1975. We have created a list that goes across record label, studio and era. Certainly, there are going to be some songs that the fans want to see represented, but just because it is not on the list doesn’t mean they can’t vote for it – just like a regular election, they can write something.”

Once voting closes, votes will be counted and the Top Ten will be announced during a special celebration at the Stax Museum on 15th August. Local DJs will spin Memphis classics all night long and current Memphis musicians will announce the Top Ten and present an award to a musician, writer, producer or family member associated with each of the Top Ten recordings chosen. There will also be a special art exhibit of works depicting the Top Ten artists along with a limited edition commemorative poster for sale. The top ten Memphis soul classics will also become the core of a Stax Music Academy concert to be held in late October featuring both current students and alumni paired with Memphis music legends.

Happy listening and get voting!!