Across Tennessee there are plenty of haunted experiences and ghostly hotels to include in future Halloween holiday plans. Including exploring the haunted side of history during the Hermitage Ghost Tours. 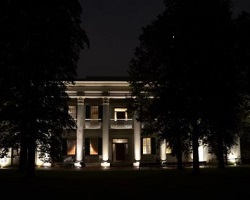 After dark the Hermitage Ghost Tours embark on a distinctly spooky voyage at Andrew Jackson’s Hermitage while exploring the mansion, grounds, and cemetery by lantern light. Along the way, guides present stories of strange encounters such as the ghosts of the Battle of New Orleans and Jackson’s infamous meeting with Tennessee’s Bell Witch.

Nashville is hosting a raft of virtual Halloween activities this autumn, to enable people to enjoy the festivities from the comfort and safety from their own home. From a virtual El Dia Del Los Muertos party, to a Virtual Haunted Museum experience from the Tennessee State Museum, there is lots to keep people entertained this October.

Located in Adams, Tennessee, the Bell Witch Cave will satisfy fans of the paranormal and macabre. The witch, who once identified herself as Kate Batts, an old neighbour who claimed to have been swindled by John Bell and vowed on her deathbed to haunt him and his descendants, was known to be violent toward the Bell family: beating the members, throwing things and leaving rooms in ruin. Once John Bell died and daughter, Betsy broke off her engagement under the instruction of the witch, the ghost left them in peace for seven years. She returned for a while and then vowed to return in 107 years. It is said she returned in 1935, and now inhabits the cave. Throughout October, the Bell Witch Fall Festival has storytellers and performers come to regale the legend along with other historic stories and plays.

Book a night or two at the Thomas House Hotel for Ghost Hunt Weekends in Red Boiling Springs. The hotel, built in 1890, has been named No. 2 on CNN's Most Haunted Spots in America and was witness to deaths, numerous murders, accidents, a home for a cult, and three fires. It also sits on an underground spring and limestone and on an ancient Native American trail. Because of this, the Thomas House Hotel is rumoured to be home to disembodied voices, moving beds and dark figures.

Be part of a paranormal investigative team, Whispers from the Past, conducting research to decide if this historic home is haunted. Nathaniel Cheairs, a major in the Confederate army, built the aptly named Rippavilla in 1853. Many say the history that followed still haunts the grounds. The property served as a field hospital during the Civil War. Staff and guests report feeling cold spots, hearing children laughing, and boots pound the wooden floors, and smell the spirits of the past, from rosewater perfume to pipe tobacco.

Email tennessee@deep-south-usa.com for further information on any of the above.