Discover all the new things in Alabama for 2021/2022 as we start to plan for travel again. 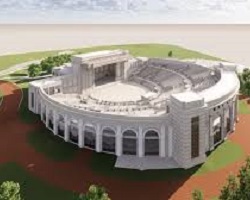 An international spotlight has found Mobile with the discovery of the Clotilda, the last known slave ship to enter the United States and was scuttled just north of the city.

The schooner, Clotilda, smuggled African captives into the country in 1860, more than 50 years after the importation of enslaved humans was outlawed. It is the only ship from the American slave trade ever found. In fact, out of more than 20,000 vessels that participated in the global slave trade, only 13, counting the Clotilda, have been found.

The discovery of the Clotilda presents a one-of-a-kind opportunity to bring to life the nation’s slave-era history. The Africatown story is one of exceptional resilience. The 110 captives on the Clotilda were kidnapped by the king of Dahomey, who ruled what is modern-day Benin in West Africa and sold and brought to Alabama.

The community of Africatown, just north of downtown Mobile, is one of America's treasured historical communities just waiting to share their story. In 2021 the Africatown Heritage House will open to the world sharing the experience of the journey to/from Africa Clotilda: The Exhibition, a multisensory exhibit bringing life to the 110 captives, showing artifacts from the infamous shipwreck, and allowing visitors to reflect on the past emphasizing how strength, optimism, and resilience created a community and country like none other.

The forthcoming Africatown Welcome Center will be located across from the Old Plateau Cemetery and will be in the same location where a mobile home once served as Africatown’s previous Welcome Center.

Also in development are boat tours along the Mobile River where you can learn the history about those African captives aboard the schooner, Clotilda, who were illegally carried through the same waters more than 160 years ago bringing in the last shipment of enslaved humans to land on America’s shores. Discover their survival, heroism, and their ultimate story of resiliency as they founded the Africatown community, which still exists today.  It's more than a tour ... it's an experience.

Construction is underway on a state-of-the-art amphitheatre that is expected to open in Huntsville in Spring 2022. The 8,000-seat amphitheatre is being built by Venue Group, a global entertainment and hospitality company founded and led by Ben Lovett of Mumford & Sons and his partners.

Lovett’s love of music and his experience of performing at thousands of venues throughout the world has led him and his company to try and create what he believes will be the ultimate outdoor music venue. But for Lovett, it isn’t just about music. He sees the event space expanding into a 365-day experience, and a major part of that experience being food.

“One of the biggest trends in the past 10 years has been an elevation of the quality and variety of food offerings, especially around music,” Lovett said. “We believe there is a huge amount of opportunity in the hospitality side of entertainment to deliver food and drinks of such excellence that they stand on their own two feet as an offering …”

Lovett, a huge fan of Muscle Shoals music hopes the amphitheatre can also be used to highlight the musical talent and history of the Shoals.

In Mobile, the city plans to locate the rail station at the new Mobile airport at Brookley Field, but Southern Rail Commission said the city is awaiting the final results of a study of alternative sites before determining the final location.

St. James Hotel, the only riverfront pre-Civil War era hotel still in existence opened in February in historic Selma. Sitting adjacent to the Edmund Pettus Bridge and the Alabama River, the main building of the hotel was constructed in 1836 when the city was a hub of Alabama's plantation region.

The St. James is considered synonymous with Selma and its place in voting rights history. African American marchers were attacked by a police posse in 1965 as they tried to cross the Edmund Pettus Bridge on their way to Montgomery. This incident helped pave the way for the signing of the U.S. Voting Rights Act.

Rhaglan Hospitality acquired the property in 2018 and began renovating the entire property, adding 13 guest rooms that overlook the Edmund Pettus Bridge. From the original oil paintings in the guest rooms to the period antiques in the common areas to the brick courtyard, the St. James has been redesigned to retain the historic features of the property while incorporating contemporary design elements throughout.

The St. James has a full-service restaurant and bar, Sterling, which was named after a former slave who operated the hotel in the 1800s, Benjamin Sterling Turner. Guests can begin their evening with a cocktail in the hotel’s gas-lit courtyard followed by dinner in the cozy bar area by one of the two original fireplaces or in the mirror-lined main dining room.

Construction is underway on the state’s third Marriott Autograph Collection Hotel property, transforming Montgomery’s Murphy House into the city’s first boutique property in an historic downtown. Opening planned for late 2021, the luxury hotel will feature 100 rooms and suites, while also offering a restaurant and corporate meeting space. The multi-million dollar, five-star hotel will add a rooftop to the Murphy House’s neighboring warehouse building and a fifth floor to house a bar, restaurant, upper-floor guest rooms and courtyards.

AG Gaston Motel in Birmingham being restored for 2022

The restoration of the A.G. Gaston Motel is scheduled to be completed in 2022. The Motel which has been dormant for decades is one of the many historic buildings and places included in the Birmingham Civil Rights National Monument.  Established by President Barack Obama during the last month of his term, a multi-phase restoration began in 2019 on the 1954 wing of the hotel.

The legacy, from haven to headquarters is why restoration of this historic spot is important as A.G Gaston Motel served as a safe haven for weary black travellers in an era when rooms were not readily available to them and on the other hand it served as a place for strategy, Room 30, to become the unofficial war room for civil rights leaders in their quest for freedom.

Originally released in 2014, the app has been completely redesigned to provide a better user experience for all to explore the role that Alabama played in the Civil Rights Movement. The updated app was released on 1st February, during a time when many began to observe Black History Month and looked to the past to learn more. Downloading the app will allow users to easily explore key civil rights landmarks, museums, trails and public spaces that played a role in the movement. Users who elect to share their location on the app can easily learn more about locations nearby, along with finding all the information they need to plan a visit.

The app also houses a media library that allows users to immerse themselves in the sounds and events of the movement, or they can meet the vocal agents who ignited change in the People of the Civil Rights Trail section. Lastly, with the ability to bookmark favourite destinations, media and people. Everyone who uses the app can dive in again right where their exploration last ended.

The free app is available for download in the App Store and Google Play Store. Please visit alabama.travel/apps/civil-rights-trail-app / civilrightstrail.com

ShoalsFest joins the W.C. Handy Festival in 2021 as two wonderful music festivals in small town America, and more importantly, in the Shoals were America music happens.

The event will be a two-day festival and is planned for 2nd and 3rd of October 2021.

ShoalsFest is a project of Grammy Award-winning musician and Lauderdale County native Jason Isbell. Sheryl Crow and Mavis Staples have performed in the past, and performers for 2021 will be announced soon.